Always something new at a Seattle Municipal Court DUI Arraignment

Be prepared for a Seattle DUI arraignment at SMC

I have repeatedly written and blogged about how anyone arrested by a Seattle Police Officer for suspicion of driving under the influence needs to be prepared for very stringent conditions of release to be imposed at their arraignment.  This commonly includes the requirement of an ignition interlock device and sometimes bail.  Other standard conditions are complete abstinence and law abiding behavior.

If a person has prior alcohol offenses, expect a SCRAM device

SCRAM is an acronym for secure continuous remote alcohol monitoring.  The device attaches to a person's ankle and has transdermal sensors to detect alcohol through perspiration.  This technology is relatively new having made it's debut in 2003 by manufacturer Alcohol Monitoring Systems, Inc.. 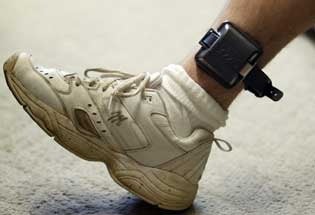 SCRAM device as seen worn on a person's ankle

While transdermal technology cannot establish a quantitative amount of alcohol in a person's system, it will detect when a person has consumed alcohol.  A person ordered to have a SCRAM device must wear it continuously- 24 hours a day.  Even when they are in the shower.  Given how it is a rather larger device that attaches to an ankle, most people find it quite cumbersome.  The cost of SCRAM is extremely high at about $15 dollars a day (approximately $450 a month).  This is roughly 4 and a half times the cost per month to have an ignition interlock device installed in a vehicle.  Also, a person needs to have an actual landline at their residence.

This past Thursday I was in SMC and witnessed two defendants be ordered to have a SCRAM device installed no later than 4pm that day.  The Judge did not order bail or an interlock, just a SCRAM device.  The reason for this is unlike an interlock, the SCRAM deters a person from drinking completely.  This technology is so widely used by Seattle Municipal Court that they now have representatives of the manufacturer housed inside the courthouse.

It is clear that SCRAM is here to stay.  Other courts, such as Kirkland Municipal Court, have begun utilizing it as a condition of release for Kirkland DUI charges.  As such, anyone accused of a Washington DUI should immediately consult with an experienced lawyer.  At Wolff Criminal Defense, we have represented hundreds of people accused of DUI in courts throughout King County, and we offer a free and confidential initial consultation.  Call our attorneys directly at 425-284-2000.

A former DUI prosecutor, Aaron Wolff has over 18 years of experience in representing people accused of DUI and is recognized as one of the leading defense lawyers in Washington State. His relentless and passionate advocacy has lead to superb ratings and outstanding reviews from former clients.