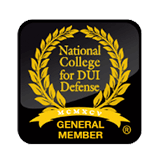 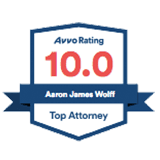 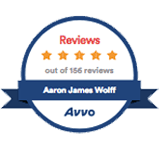 An arrest for driving under the influence can turn your world upside down. After being accused of a serious crime, it's common to experience a range of emotions and feel overwhelmed by an unknown future. It's a complicated time, and going forward you should be able to focus on your personal or professional life while feeling confident you have a dedicated and reliable advocate handling your situation from start to finish.

Is is important to know is that an arrest for DUI can happen to anyone who drinks or using other types of substances.  Chances are you know someone who has gotten a DUI in their past.  Just last year, over 29,000 DUI cases were filed in the municipal and district courts throughout Washington.  So while you may be humbled and embarrassed, you are not alone.

The first step is to consult with an experienced DUI lawyer.  Every driver's case is different, and requires a Seattle DUI attorney with a detailed understanding of how to best approach your problem as well as the ability to communicate exactly what you can expect both in and out of the courtroom. You want someone whose experience and success litigating in the specific field of driving under the influence who can guide you through the process and attain the best possible outcome.

That is where I can be of assistance.

I am exclusively focused on representing those accused of Driving Under the Influence (DUI) and other alcohol-related driving offenses within the greater Puget Sound area. My office is in Seattle (just two blocks from both major courthouses), and I have extensive experience in all King County District Courts as well as municipal courts in Seattle, Kirkland, Bellevue and Redmond. I also represent clients throughout Pierce and Snohomish counties in addition to throughout the state.

DUI laws in Washington are some of the toughest in the nation.  They are also constantly changing.  And the new breath test machine used, the Draeger Alcotest 9510, was recently discussed in an article in the New York Times.  Serious concerns about the accuracy and reliability of the machine was drawn into question.  Having an attorney who is well versed and involved in the legal challenges with such a critical piece of evidence is tantamount to an aggressive defense.

I am a Seattle DUI lawyer with over 20 years of courtroom litigation experience and held in high regard in the legal community. I began my career in 2000 as a DUI prosecutor for the cities of Kirkland and Tukwila. But after a few years, I chose to devote my practice to defending those accused of DUI. Between my early work as a prosecutor, and 17 years of defense, I have served as lead counsel in thousands of DUI cases, representing clients in dozens of Washington jurisdictions. I have worked tirelessly on behalf of the accused and in return have obtained results ranging in dismissal of the case to a substantial reduction of the DUI charge.

My experience is not only in the courtroom as I am also very active in the legal community. I am the former Chair of the Criminal Law Section of the Washington State Bar Association and have been a repeated feature speaker at the annual DUI seminar. I have appeared multiple times on television discussing impaired driving offenses.  In addition, I am a member of several organizations that expand my knowledge in the DUI field, including the National College for DUI Defense, Washington Association of Criminal Defense Lawyers and the Washington Foundation for Criminal Justice.

My practice is focused on DUI defense. I pride myself on being a DUI attorney who works relentlessly on obtaining the best results for my clients. If you hire me to represent you on your DUI case, I will be the attorney who handles it from start to finish. I am always available to my clients via email, cell or text. An arrest for DUI is bewildering and frightening, and no question is too trivial to ask. Not only will I fight for you in the court process and with the Department of Licensing administrative process hearing, but I will be your counselor to help you get through the confusing legal maze. My experience and passion as a Seattle DUI attorney has lead to countless, exemplary reviews from former clients on other independent lawyer ranking websites.

If you are having concerns, speaking with a dedicated professional who limits their practice to DUI defense can help ease your mind. I am available 7 days a week and invite you to call me directly at 206-504-2500 for a free, private initial consultation. It is imperative to immediately contact an attorney following an arrest for suspicion of driving under the influence. When we meet we will discuss your background, the facts surrounding your arrest, followed by a lengthy discussion of the entire process. I will help you understand what lies ahead and the best ways to prepare yourself. At the end, I will discuss my services and regardless of whether you wish to move forward with me as your attorney, you will most definitely be better informed and have a firm understanding of the the ensuing legal process.

I look forward to speaking with you.

Thank you for contacting Wolff Criminal Defense. Attorney Aaron Wolff will respond within the next two hours. In the interim, if you need to reach an attorney, please call 425-284-2000.