A Move Away From Mandatory Minimums

Under both state and federal law, certain crimes are subject to mandatory minimum prison sentences. These are pre-determined sentences that must be handed down by the judge, regardless of the circumstances in the case. These sentences have led to harsh prison terms for minor crimes because the ju...

A conviction for driving under the influence (DUI) in Washington carries penalties that can drastically change your life. Not only is there the financial strain of a steep fine and even the potential for spending time in jail, depending on the circumstances of the arrest, but there is also a leng...

Immigration And Driving Under The Influence

The United States has some of the best universities and colleges around. Every year students from all over the world come to study at these prestigious academic institutions. In order for students from other countries to study at an American school, they must first obtain a student visa. Accordin...

The teenager who made famous the "affluenza" defense was sentenced to 720 days in jail this week. Ethan Couch was tentatively ordered by Texas District Judge Wayne Salvant to spend the next two years in jail. According to CNN, jail time was always a possibility for the teen when Couch's probation...

Driving under the influence can have significant consequences as a 20-year old Georgia man learned in early April of 2016. Jorge Solis was sentenced to 75 years in prison for causing a fatal drunk driving crash that left three people dead and two more injured. The accident occurred on Father's Da...

Seattle Police Department failed to respond to a DUI accident in January 2016. Those involved in the accident waited nearly four hours for SPD officers before finally calling Washington State Patrol. WSP sent an officer who arrived on the scene within minutes. SPD’s Chief aired her criticism of the incident and is seeking further review and investigation.

Washington’s DUI Laws May Be Strengthened With House Bill 2700

Washington Lawmakers are working to strengthen DUI laws with the introduction of HB 2700. The bill would create, among other things, more stringent ignition interlock requirements. Ignition Interlocks are typically employed as a penalty for a DUI arrest or conviction.

Sergeant Jim Porter of Kitsap County Sheriff’s Department recently announced plans to retire after heavy media coverage of his October 2015 DUI incident. Newly discovered information reveals the Sergeant’s high-level involvement in the Department, and even his less than optimal driving record while on duty.

Washington state has experienced a decade-long decline in DUI charges. Among the many factors causing this phenomena include fewer officers patrolling the roads, harsher laws and penalties, and maybe even mobile-ride services like Uber. States such as Florida are also experiencing similar declines in DUI charges.

Testing DUI suspects for marijuana intoxication has always been a difficult issue for law enforcement. Washington State University is currently part of a worldwide effort to develop a reliable THC breathalyzer for officers. And in Colorado, the State Patrol is currently in the midst of a pilot program using saliva samples of drivers to test for the presence of marijuana.

With the passing of ballot Initiative 502 in 2012, Washington became the second state to legalize marijuana use recreationally. Since then, DUI laws have evolved to account for marijuana impairment while driving -- and statistics are coalescing to include marijuana-related DUI cases. One question is still up for debate -- are drivers less safe simply because active THC is being detected in DUI tests?

Vehicular Homicide and DUI in Seattle

Lucas McQuinn, 29, faces six and a half years of prison time after pleading guilty to vehicular homicide for a June 2015 crash that killed bicyclist Andres Hulslander. Read Aaron Wolff’s analysis of Washington’s Vehicular Homicide law, the associated punishments, and how to challenge such charges in a Washington court.

How a DUI Conviction Can Affect Insurance Rates in Washington

A DUI charge comes with very harsh penalties, especially in the State of Washington -- one of the strictest states regarding drunk driving violations. Still, a hidden consequence that comes after a DUI charge is insurance rate increases. A study released last year by NerdWallet highlights the average insurance rate increases that a Washington Driver will face following a DUI conviction. Despite these increases, there are steps that can be taken to help mitigate these expenses and keep your insurance premiums low.

State Troopers in Washington State Unhappy With Agency Management, Amidst Complaints of Being Underpaid

A report released in December of 2015 by Public Financial Management highlights the issues facing Washington State Patrol: including complaints of unhappiness with the management of the agency, attrition due to underpayment, and a staff who is nearing retirement. It is uncertain how the struggles of the agency will affect DUI convictions in the future as there will be fewer troopers patrolling the state’s highways.

Not Everyone Can Practice What They Preach: MADD President Pleads Guilty of DUI

The end of this summer, David Griffin, former police officer and the President of Prince Edward Island’s Chapter of Mothers Against Drunk Driving (MADD) Canada, pled guilty to impaired driving and resigned from his leading position at MADD. Griffin, however, was not the first MADD president to be caught driving under the influence, as four years prior, former president of a Florida Chapter was found in a very similar situation. Still, in Canada, DUI charges are taken very seriously -- often with stricter laws than seen here in the United States, including Washington State. 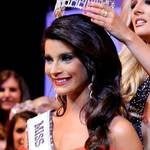 Miss Washington USA, Stormy Keffeler’s prior DUI conviction has lead to a controversy regarding her October 2014 crowning. According to pageant rules, any criminal or illegal behavior must be shared with pageant officials. A recent e-mail tip-off to the executive producer of the pageant revealed Keffeler’s misdemeanor charge ultimately leading to Keffeler resigning as the beauty pageant queen, passing the crown down to runner up Kelsey Schmidt. Still, Washington state has harsh penalties for DUI convictions, making the value of hiring experienced DUI Defense Attorney Aaron Wolff an indispensable decision for anyone facing similar charges to that of Keffeler. 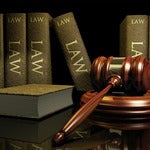 In early October 2015, Sergeant Jim Porter of Kitsap County was found intoxicated in his car by two Poulsbo Police Officers. Controversy regarding how the Poulsbo police handled the Sergeant’s alleged drunken condition is arising as new evidence has been released from the officers’ body cameras. Although Sergeant Porter was not found physically driving the vehicle, many are claiming he received preferential treatment when instead he should have been detained and charged.

'Affluenza' May Be a Defense for DUI, But Will it Work for Violating Probation?

Ethan Couch became nationally recognized in 2013 when his defense attorney’s expert witness testified that Couch’s behavior – a drunk driving accident that killed four people and injured nine -- is a condition experienced by many wealthy families and employed the term Affluenza.” He was ordered to ten years of probation in lieu of serving prison time. Now, Couch faces new legal problems as he has fled to Mexico under suspicion of violating his probation. 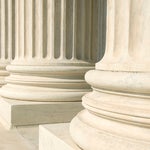 Getting arrested for DUI when there are others in the car

One of the first questions I ask people who contact me regarding their recent DUI arrest is whether there were any other people in the vehicle.  If there are minors (under the age of 16), this is considered an enhancement and the person faces additional jail and license suspension on top of the m... 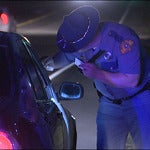 Mandatory Jail for a DUI conviction in Washington 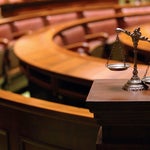 At 3am on Friday, April 3, 2015, the Washington State Senate passed 2SSB 5105 pertaining to Felony DUI's reports King 5.  The bill now heads to the Washington House of Representatives for consideration. Under the current law, a person may be charged with a felony DUI if they have 4 or more prior...

Using an Affidavit of Prejudice in a DUI case 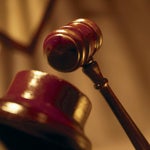 Reflecting on a Recent DUI Trial in Seattle District Court